WWF: ‘Science-based, achievable and integrated targets crucial for setting nature on the path of recovery’ | WWF

WWF: ‘Science-based, achievable and integrated targets crucial for setting nature on the path of recovery’

WWF proposed zero loss of natural spaces, zero extinction and reducing the negative ecological impacts of production and consumption to half, to tackle nature loss, at the Trondheim conference of biodiversity.

Trondheim, Norway, 2 July, 2019-  WWF issued a rallying cry for an urgent New Deal for Nature and People for halting biodiversity loss by 2030 at conference for Biodiversity in Trondheim Norway which starts today. As government and business representatives and sector experts from over 100 countries, gather at the Trondheim conference to discuss the biodiversity framework, WWF called for achievable, science based targets as part of the New Deal for Nature and People to inspire governments to act for a sustainable and equitable planet by 2030.
​
As reported in the Living Planet Report 2018, global wildlife populations have declined on average by 60 per cent in the past 40 years, largely due to threats and pressures linked to human activity. However, efforts to prevent nature's further decline have been thwarted by lack of ambition and accountability. It is clearer than ever before that the current global targets set by the UN Convention of Biological Diversity (CBD), the 2020 Aichi targets will not be achieved. To reverse the dangerous decline of nature, a 2020 deal has to show a higher level of ambition with achievable targets.

WWF today proposed an integrated set of targets which are informed by science, to act, and protect natural spaces, drive sustainability, and prevent the further human-caused loss of species. These targets build upon the growing support from scientists and conservation groups calling for science based conservation targets.The New Deal sets out hugely ambitious and achievable goals to protect and restore nature by 2030. The targets include:

Zero loss of natural spaces, ensuring that 50% of the planet is effectively protected, restored and sustainably managed in a natural state. This can include 30% of all terrestrial, freshwater and marine areas under effective and equitable protection and conservation, and 20% sustainably managed. In all cases, the  rights and role of indigenous and local communities will be key in achieving this goal, ensuring that nature thrives for the benefit of all humanity.

Zero extinction and ensuring that wildlife populations are stable or increasing. In addition to protecting their habitats and taking away the pressures of unsustainable production, concerted efforts must be made to prevent poaching, and to halt the introduction of invasive alien species.

Halve the negative ecological impacts of production and consumption with country level responsibility. The private sector and many governments have already identified numerous ways to reduce  the negative impacts of greenhouse gas emissions, pollution, food production, loss & waste, freshwater stress, and raw material consumption while still meeting the important needs of people. It is time to embrace these solutions at the scale needed tackling the main sectors responsible for biodiversity and nature loss: agriculture, fishing, forestry, extractives and infrastructure.

Marco Lambertini, Director General, WWF International said- "The current decline of nature and biodiversity is deeply alarming, putting the future stability of the planet and people at risk. However, change is possible by building a narrative that highlights nature and its services as indispensable for a just and sustainable human development agenda. Identifying ambitious targets which are based in science is crucial towards developing a ‘nature action agenda’ to bring back nature and avoid key natural systems like forests, ocean and rivers reaching  a point of no return. In essence we need to protect more nature and sustainably manage the rest, while at the same time greening production and consumption. It is vital that a strong convergence and consensus emerges across governments, business and civil society ahead of the 2020 policy super year when the world will agree on targets and actions for climate and biodiversity in the context of the Sustainable Development Goals.’’

About the Trondheim Conference:
The 9th Trondheim Conference on Biodiversity will bring together decision-makers and experts from around the world to discuss the post-2020 global biodiversity framework. Building upon the findings of the recent IPBES Global Assessment report on Biodiversity and Ecosystem Services, among others, it aims to ensure that the process for developing the post-2020 framework is knowledge-based, just, and inclusive. This year's conference will be attended by business and government representatives and sector experts from over 115 countries.

About WWF
WWF is one of the world’s largest and most respected independent conservation organizations, with over 5 million supporters and a global network active in more than 100 countries and territories. WWF's mission is to stop the degradation of the Earth's natural environment and to build a future in which humans live in harmony with nature, by conserving the world's biological diversity, ensuring that the use of renewable natural resources is sustainable, and promoting the reduction of pollution and wasteful consumption. Visit www.panda.org/news for latest news and media resources and follow us on Twitter @WWF_media 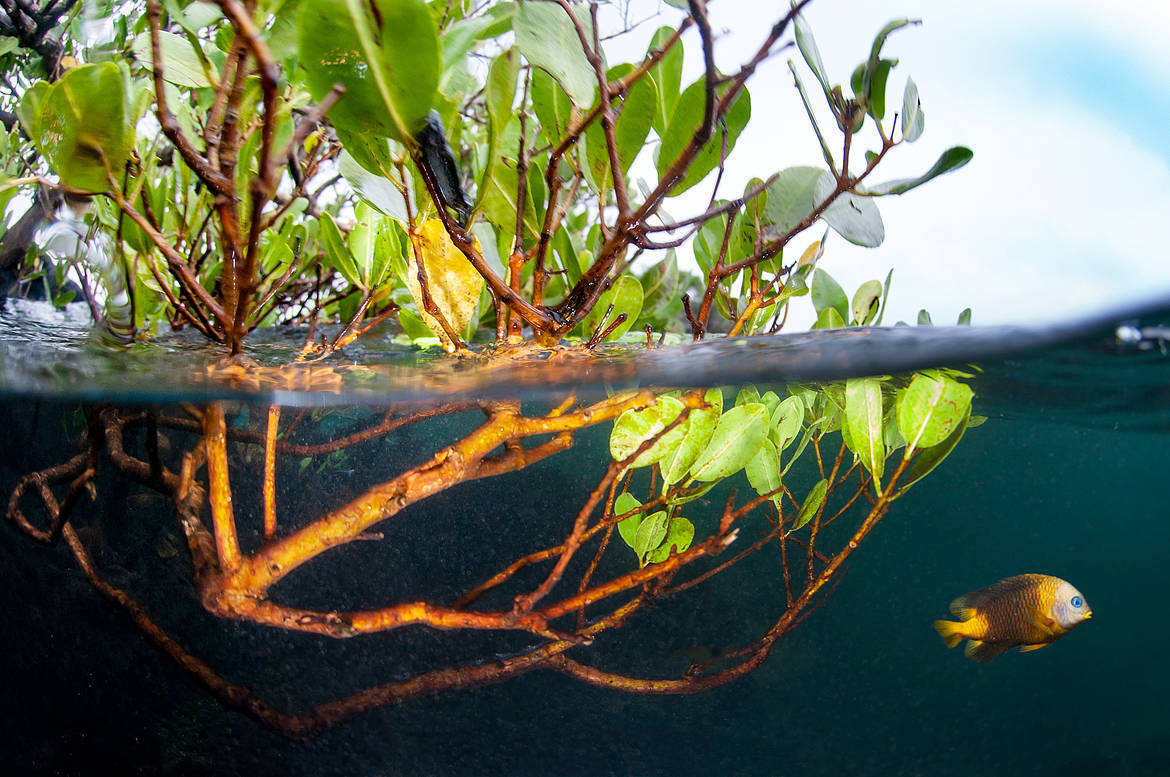 Mangrove forests are extremely productive ecosystems that provide numerous good and services both to the marine environment and people.

World must act in 2020 to prevent irreparable damage to planet, WWF warns ahead of World Economic Forum