Flawed plastic system hits the Mediterranean Sea and its economy

All Mediterranean countries underperform in managing plastic waste, losing almost half a billion euros per year and increasingly polluting their sea. Nine sites, including major tourist destinations, identified as most contaminated areas.

Rome, Italy –Mediterranean countries’ comprehensive failure to manage their plastic waste is significantly contributing to record-levels of plastic pollution in the Mediterranean Sea and costing the regional economy hundreds of millions of euros each year, according to a new report by WWF.

Every year, 0.57 million tonnes of plastic enters Mediterranean waters - the equivalent of dumping 33,800 plastic bottles into the sea every minute. Plastic pollution will keep growing, with plastic waste generation in the region expected to quadruple by 2050.

Ahead of World Oceans Day on 8 June, WWF’s new report “Stop the Plastic Flood: How Mediterranean countries can save their sea” scrutinises the plastic system of all Mediterranean countries and evaluates their performance in tackling plastic pollution along the supply chain. Key failures and responsibilities of producers, public authorities and consumers emerge at all levels, contributing to a highly inefficient, expensive and polluting plastic system. WWF has also developed a detailed roadmap of policies and initiatives that the region and individual countries must implement to achieve a sustainable circular economy of zero plastic waste.

Giuseppe Di Carlo, Director of WWF Mediterranean Marine Initiative, said:
“Our plastic system is broken: all Mediterranean countries still fail to collect all their waste, and are far from treating it in a real and cost-effective circular way. Plastic production is far too cheap while its waste management and pollution costs are largely discharged on societies and nature. On the other side, recycling is still too expensive to scale-up. All countries must overhaul their whole supply chain, drastically reducing plastic production and consumption and seriously investing in innovative recycling and reuse systems where zero plastic is wasted. This is the only way we can keep plastic out of the Mediterranean Sea.” 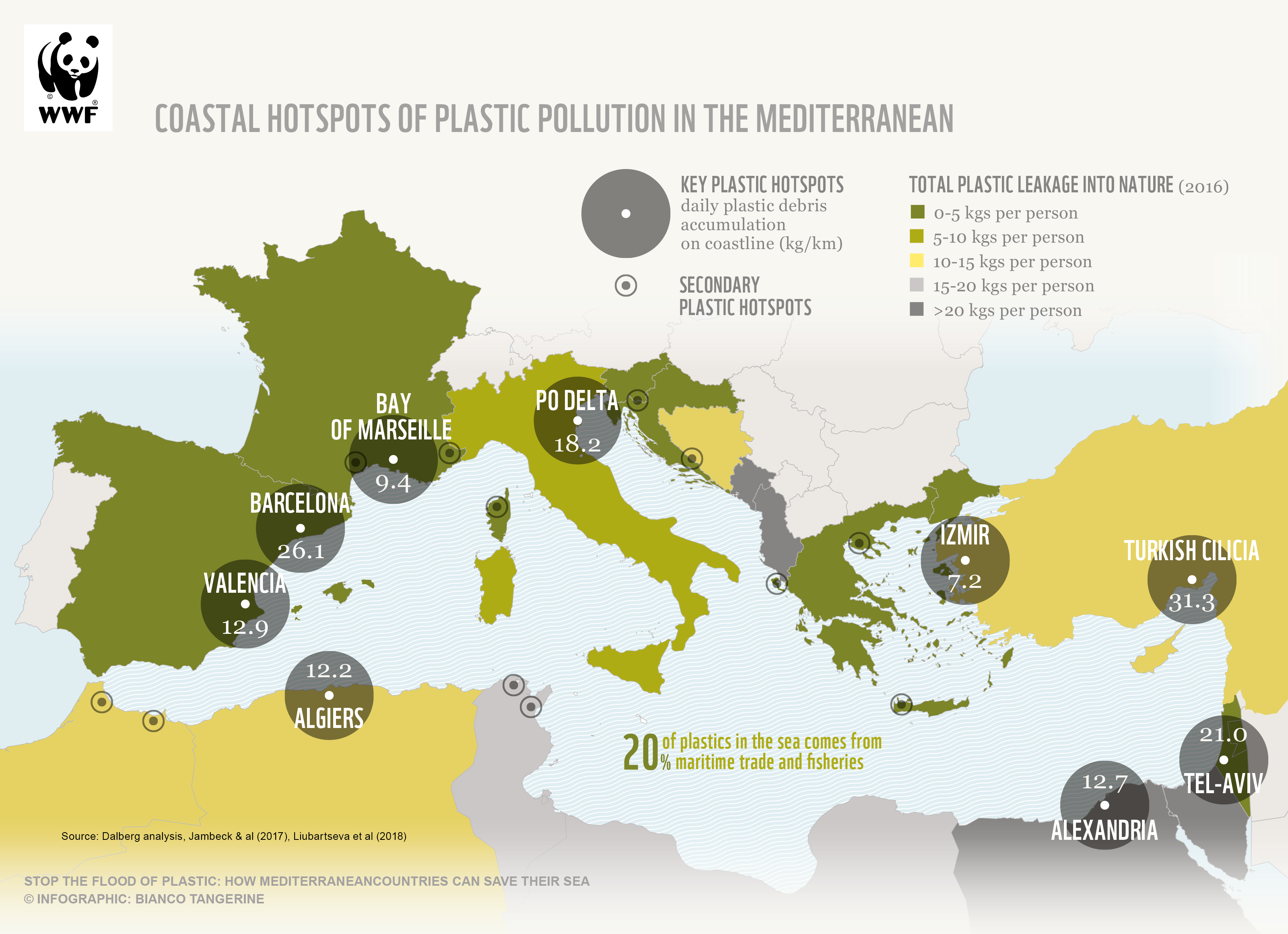 Coastal activities are responsible for half of the plastic entering the sea. Every day, each km of coastline accumulates over 5 kg of marine plastic.  Turkish Cilicia has the highest coastline pollution in the Mediterranean. Among the most contaminated coastlines are some key tourist destinations like Barcelona, Tel-Aviv, Valencia, the Bay of Marseille, and the Venice coast close to the Po River Delta. Marine litter is costing the tourism, fisheries and maritime sectors around 641 million euro each year.

“Some initiatives and ambitious policy measures have been taken in different countries that should be shared and scaled-up to be really effective. Mediterranean countries, businesses and citizens must take their responsibility and jointly contribute to a zero waste plastic system.” concluded Di Carlo.

From July to November, WWF will be sailing across the Mediterranean with the new Blue Panda boat reaching the coasts of France, Italy, Turkey, Tunisia and Morocco to mobilise local residents and tourists against plastic pollution.

WWF calls on all Mediterranean governments and the EU as part of the Barcelona Convention to take a joint binding commitment and national action to save the Mediterranean from plastic pollution. The next meeting will take place in Naples in December 2019. 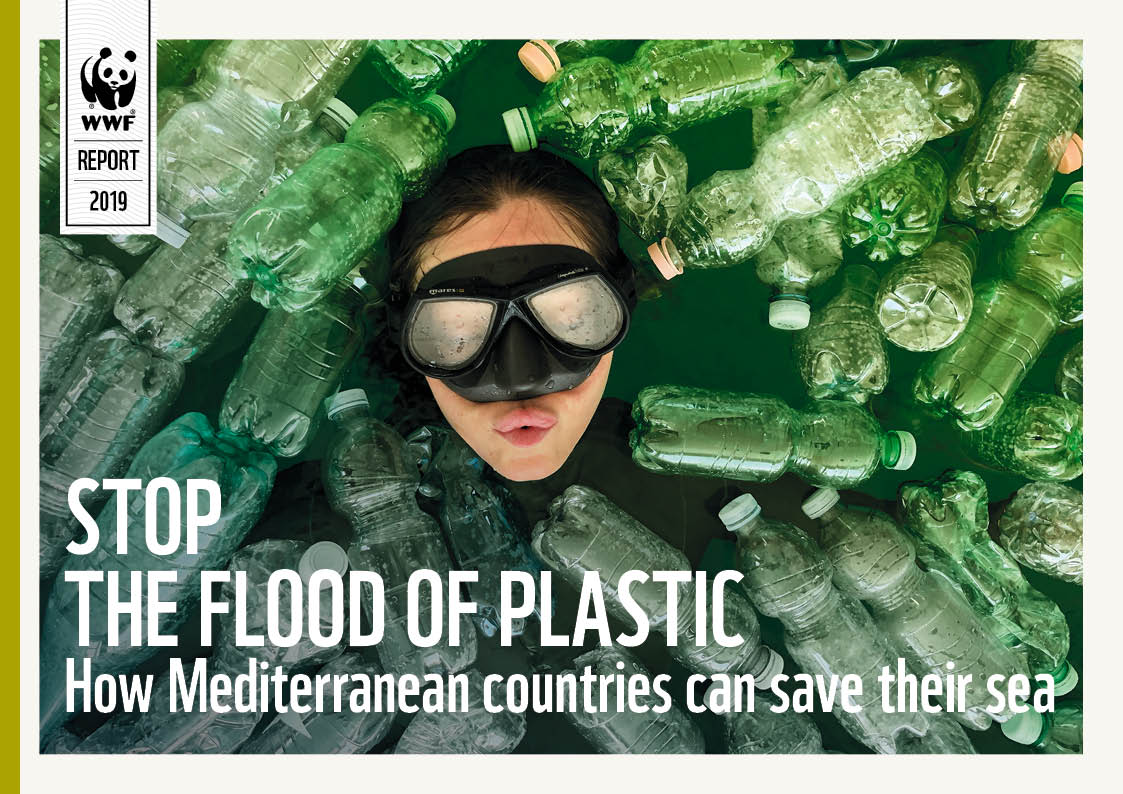 Stop The Flood of Plastic: How Mediterranean countries can save their sea